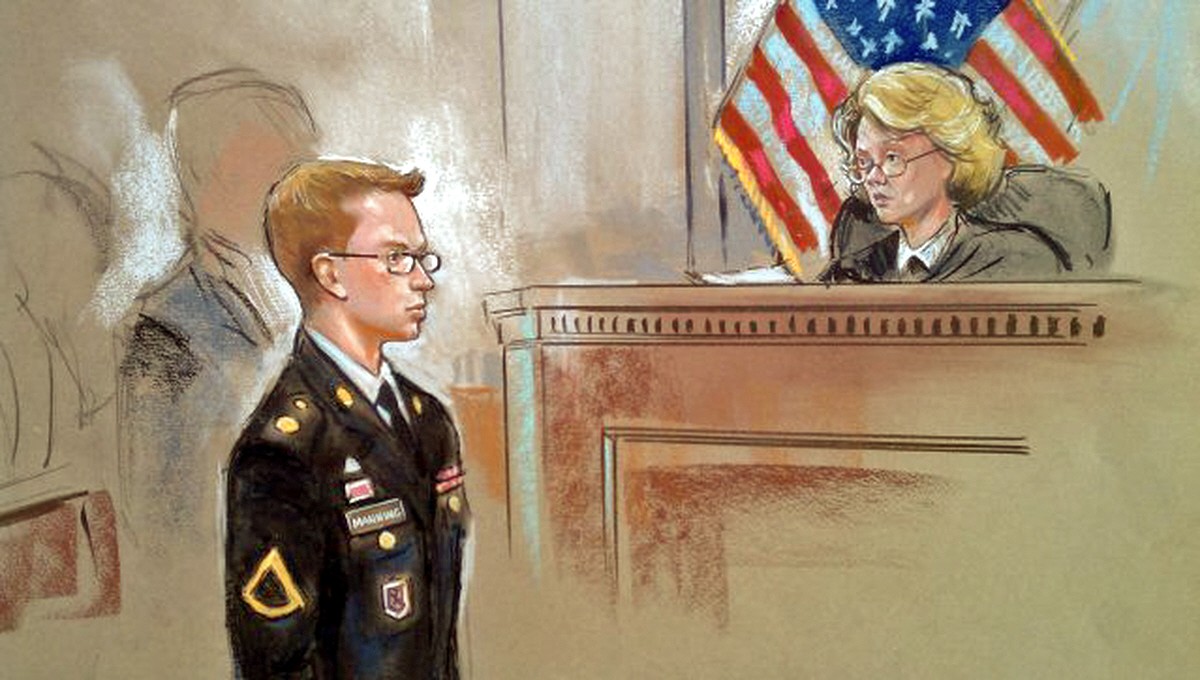 PFC Manning has offered to submit a partial plea in the WikiLeaks case. Specifically, Manning has offered to move forward in the case by pleading guilty by exceptions and substitutions. In the plea, Manning would admit guilt to some of the crimes he is charged with committing. The government is not required to accept the plea. Instead, the Court will determine whether this type of plea is acceptable.

Plea of Guilty By Exceptions and Substitutions

Pleading guilty by exceptions and substitutions allows Manning to admit fault to a portion of the criminal charges. Manning currently faces a variety of criminal charges. The charges range from minor offenses (such as providing information to WikiLeaks, obeying a lawful order, and stealing government property) to serious more crimes (including espionage and aiding the enemy). The government likely has enough evidence to prove that Manning is guilty of the less serious crimes. Offering to plead guilty to those less serious offenses acknowledges this. Manning is offering to admit that he is guilty of some crimes and willing to face the consequences.

Limiting the Scope of the Consequences

Pleading guilty by exceptions and substitutions is an attempt to limit the criminal penalties Manning may face. Admitting guilt to lesser-included charges could change how the trial moves forward. Removing the government’s burden to prove that Manning violated these lesser included charges could make it more difficult for them to establish that he is also guilty of the more serious crimes. The evidence that is necessary to prove the lesser-included crimes may not be sufficient to prove that the more serious crimes were committed.

Entering a partial plea by exceptions and substitutions may be a calculated gamble. It could force the government to face whether they the evidence to meet their burden of proof for the charges of espionage and aiding the enemy. If the evidence they have only supports the lesser-included charges – to which Manning has preliminarily offered to plead guilty – it may be difficult to move forward on the more serious charges.

Manning’s partial admission of guilt is a unilateral action. The government has played no role in the offer of the plea. The Court, alone, will have discretion in determining whether a partial plea of guilt is legally admissible. The Court’s decision will affect how the rest of the case unravels.

During the preliminary hearing, Manning also submitted his request for his choice of forum. If the case proceeds, Manning would like to be tried by a Military Judge, alone. The alternate choice would include being tried by a jury of his military peers. The request for a bench trial could reflect a fear that Manning’s military peers harbor animosity against him for his alleged actions.